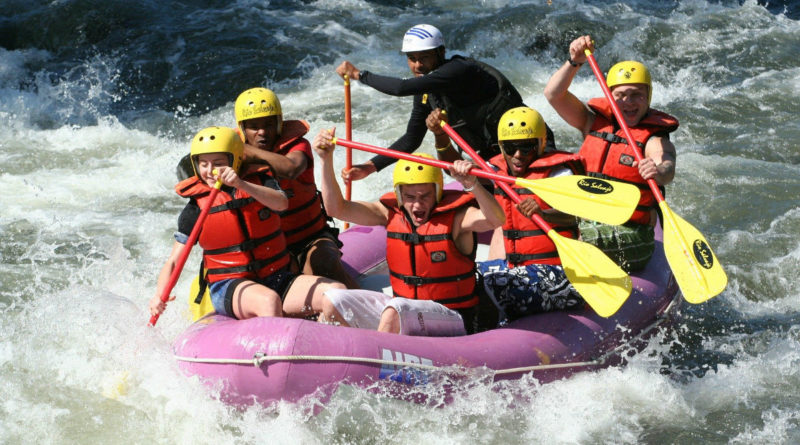 A fun activity consisting of navigating white water sections of a river, rafting is a popular sport today. Whether with the family, among friends or even for a stag or hen party, it is a very popular sports activity.

How was rafting born and how has it developed? What is its origin? You’ll find a lot of information in this article!

Rafting, of course, is derived from the word “raft” and is used to mean an inflatable water craft. It made its appearance in the United States in the mid-18th century and was originally made of rubber.

At the time, this type of construction was primarily used for the transportation of equipment or men for troop landings or for expeditions down rivers that were difficult of access. Today, rafts have greatly evolved thanks to more modern manufacturing techniques to make them the “all-purpose” river craft.

The origin of rafting

Rafting made its appearance in the United States in the 1940s-50s.
It was first developed on the Solomon and Colorado rivers as a sports and/or leisure activity, before being exported to the other states and to many countries around the world, including France.

However, the origin of rafting goes back much further than the 20th century. In fact, rafts were used by our ancestors to travel long distances down rivers to seek new territories to settle or to find food. To do this, they built wooden canoes and rafts.

It was not until the end of the twentieth century that rafting became both a leisure activity and a sport in its own right. M. Jones is known to be the man who contributed to its development as a pure leisure activity on white water rivers.

It was under his influence that the first expeditions were organised on the Blue Nile in Africa, on the Orinoco River in South America and on the Dudh-Cosi in Nepal.

Since then, rafting has continued to develop and over the years has attracted new fans seeking thrills.

In crews of 4 to 8 people under the supervision of a qualified guide, rafting is an activity that continues to attract new enthusiasts. It has become a must for backcountry sports lovers.
One of the big advantages is that it can be done both with the family or among friends at the beginner level. You don’t have to be a great expert! Rafting is also much appreciated for special moments, such as a stag or hen party.

Whether on a sports or beginners course, it is an excellent way to discover white water with total security and to experience unforgettable thrills.
For an incredible group experience, each member of the crew must have the necessary equipment: a wetsuit, helmet, life jacket and, of course, a paddle!

For a successful group white water adventure, team spirit and good communication among team mates are the keywords.

Today, rafting is a sports activity that is enjoyed on all the continents, both on white water courses and down rivers. In Europe, the Gorges du Verdon, the Cetina river, the Noce river, the Interlaken, Murillo de Gallego, the Isar in Munich, Thonon les Bains, the East & West Glacial River and the Ötztaler Ache are among the beautiful destinations that invite you to discover the joys of this sport.

As you can see, rafting is a sport that has evolved enormously since its beginnings in the 1950s. Today, it is appreciated by people in search of thrills and who wish above all to share a memorable and fun sports experience with their family or among friends. 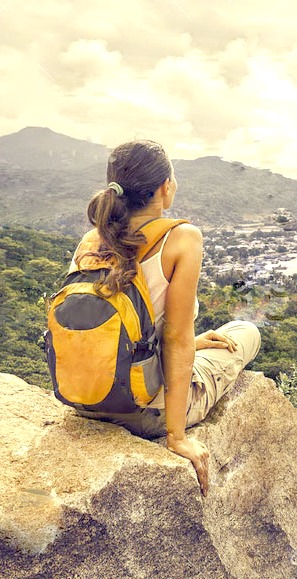 Hello travel-seekers, and welcome to our blog which is totally dedicated to travel and the discovery of far-off places ! I'm Sandra, I'm 25 and as you gather, I've always loved discovering and exploring new places.
My father worked as an ambassador and we never stayed in the same country for more than five years. This opened my eyes to the world and the different cultures within it.
Born in Peru, I next lived in Uganda and then in Norway, ending up in Slovakia until my 19th year when I decided to move to Australia to continue my studies. Since graduating I've lived in Pons, a small commune halfway between la Rochelle and Bordeaux and - let's be honest - there's some amazing countryside to discover around here...
As you'd expect from a globe-trotting adventuress, you'll find on my blog articles relating to tourism and tips I've picked up, as well as unmissable places and activities !
Don't hesitate to let us have your opinions and feedback !
Sandra